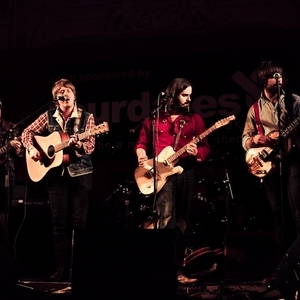 Treetop Flyers are a London five-piece who specialise in rootsy, folk-tinged rock, that harks back to the golden age of the Laurel Canyon music scene. Since the release of their debut EP, To Bury The Past, in 2009 they have been gathering pace with a reputation for their live performances, which earned them the winning spot at this year's Glastonbury Emerging Talent Competition. They will be performing at the festival this year on Other State. Read more on Last.fm