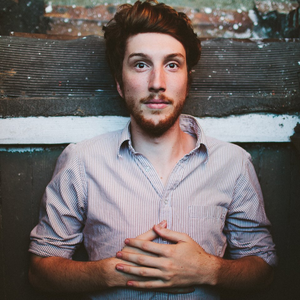 Aidan Knight (born October 23, 1986, in Victoria, British Columbia) is a Canadian songwriter and namesake for Canadian experimental folk band, Aidan Knight. Knight has also performed and recorded with The Zolas, Hannah Georgas, Dan Mangan, and We Are the City. For some time, Aidan Knight was known as a helpful backing musician, playing everything from pop-rock bass lines to violent, pounding hardcore drums. All the while, he was writing songs of his own, recording in intensive three day bursts whenever he was able to raise enough money. Read more on Last.fm