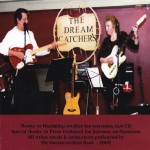 Local business owners of Beausejour Music John and Gail are also familiar to many as The Dreamcatchers Band. We have a couple of their CDs, with one pictured here. They are mainly Country and Country Gospel, and I think John writes most of these songs They’re also good friends of Town Radio, and are happy to receive CDs on our behalf at their store on Third Street South. They’re typically open afternoons if you need some guitar strings, or are interested in music lessons. 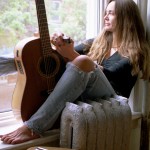 Beausejour’s own Tracy K delves into more that one musical genre. Blues, Jazz, and really, she’s strikes me as as someone just plain loves any music. We’re lucky enough to have some songs from an upcoming CD that will be called ‘Canned Heat’, so tune in to hear those.  For more info about Tracy K, visit her website at tracyk.ca. 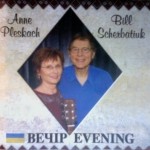 Fans of traditional Ukrainian music will enjoy the music Anne and Bill. 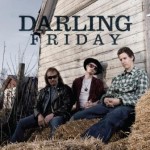 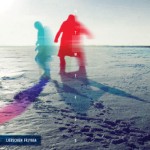 Hazelridge studios is a stone’s throw from Beausejour, and features Max Dupas at the controls and behind the music of Liebschen Frjygga. For more on them, visit www.liebschienfrjygga.com.

I came to the radio studio to find a surprise waiting for me.  It was a CD from a local musician, Peter Gerbrand. His CD shows his website as singingsodbuster.blogspot.com.

Jusang Lee is a local Beausejour resident, and we’re thrilled to have his album Wind to play.

Jusang Lee’s CD Wind was recorded and released in 2006. Featured on this CD along with Jusang are Ken Bialek, Matt Moskalyk, Brian Klowak, Holly Neil, and Luciano Armenti.

Keep commercial free local radio in Beausejour, MB on the air with your one time or monthly donation. We thank you

Or be our Sugar Daddy and enter your own amount.