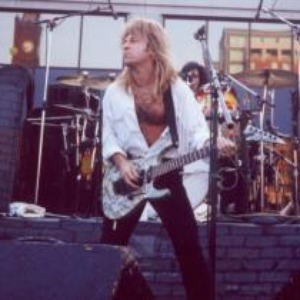 Aldo Nova (born Aldo Caporuscio 13 November 1956) is a Canadian guitarist, keyboardist, vocalist and producer from Montreal, Quebec. He released an album Aldo Nova in 1982 which had a two hit singles with "Fantasy" and "Foolin' Yourself". He worked with Jon Bon Jovi in the late 1980s with the album "Blood on the Bricks", becoming the first album from the newly formed JAMBCO records, Blood on the Bricks was released to moderate acceptance in 1990, followed by a tour. Read more on Last.fm