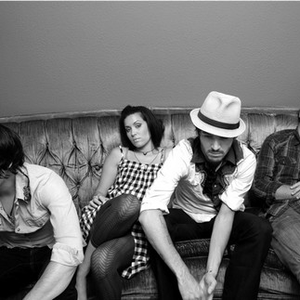 Audrye Sessions are an alternative rock band which formed in 2002 in Oakland, California, United States. They consist of Ryan Karazija (vocals, guitar), Michael Knox (guitar), Alicia Marie Campbell (bass) and James Leste (drums, vocals). They released their debut EP in October 2008, and their self-titled debut album in 2009. They played their final show in their hometown of Oakland, CA on August 24, 2010. "Though their songs are delicate, they're played with an energy that's far from weak and often unseen in indie music. Read more on Last.fm