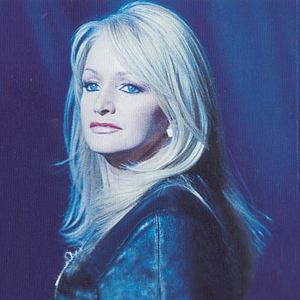 Bonnie Tyler (born Gaynor Hopkins on 8 June 1951- Skewen, Wales, United Kingdom) is a Welsh singer. Recognised for her distinctly raspy voice and soulful pop repertoire, Welsh singer Bonnie Tyler had her first worldwide hit in 1978 with "It's a Heartache" from her second album, Natural Force. Characteristic of her work in the '70s, it blended elements of country, rock, and pop. Leaving signs of country behind, she struck recording-industry gold a second time with 1983's "Total Eclipse of the Heart" from fifth LP Faster Than the Speed of Night. Read more on Last.fm