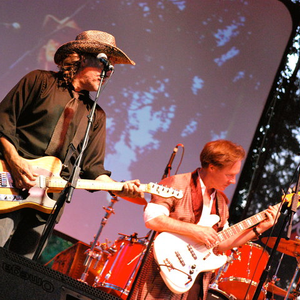 Brave Combo is a polka/rock band based in Denton, Texas. Founded in 1979 by guitarist/keyboardist/accordionist Carl Finch, they have been a prominent fixture in the Texas music scene for over thirty-five years. Their music, both originals and covers, incorporates a number of dance styles, mostly polka, but also rhumba, cha-cha-cha, choro, samba, two-step, cumbia, charanga, merengue, etc. As part of their perceived artistic mission to expand the musical tastes of their listeners Read more on Last.fm