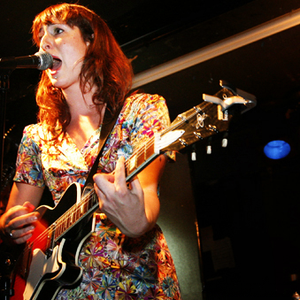 Hannah Georgas is a Canadian pop/rock singer-songwriter, currently based in Vancouver, British Columbia. Originally from Newmarket, Ontario, she played in a band with Tim Oxford of Arkells in high school before moving to Victoria, British Columbia to attend university. While in university, she recorded a number of song demos in a friend's recording studio and quickly attracted the attention of other area musicians, releasing her début EP "The Beat Stuff" in 2008. Read more on Last.fm