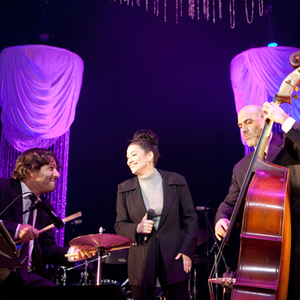 The Holly Cole Trio was founded by Canadian jazz singer Holly Cole in 1986 and comprised bassist David Piltch and pianist Aaron Davis. (In 1983, Cole had travelled to Toronto to seek a musical career.) Offered a record deal in 1989, the Holly Cole Trio released an EP, Christmas Blues, that year, which featured a version of The Pretenders' "2,000 Miles". This was followed by their first full album, Girl Talk, in 1990. A succession of releases followed through the early 1990s. Read more on Last.fm