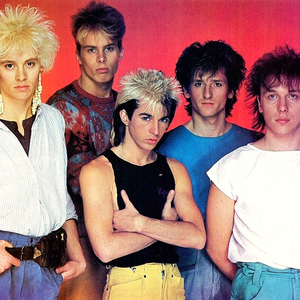 Kajagoogoo is an English pop band best known for its first single, "Too Shy", which reached Number 1 in the UK and Number 5 in the U.S in 1983. The single was produced by keyboardist Nick Rhodes of Duran Duran and Colin Thurston who was, at this time, Duran Duran's in-house producer. The band was founded in Leighton Buzzard, Bedfordshire in 1979 as a four piece avant-garde instrumental group called Art Nouveau, with Nick Beggs on bass guitar, Steve Askew on lead guitar, Stuart Neale on keyboards and Jez Strode on drums. Read more on Last.fm