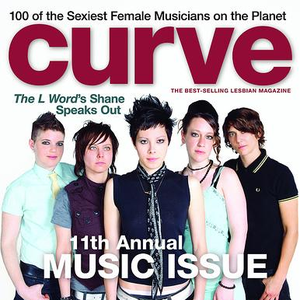 Lesbians On Ecstasy is an electro band from Montréal, Québec, Canada in 2003. The band consists of: Fruity Frankie, aka Lynne T: vocals Veronique Mystique: bass guitar Jackie "the Jackhammer": drums Bernie Bankrupt: keyboard and samples The band's name is a twist on the name of renowned electroclash group "Chicks on Speed". The band toured across Canada and the US with Le Tigre before the release of their first recording. The first album, the self-titled Lesbians On Ecstasy was released on October 26, 2004. Read more on Last.fm