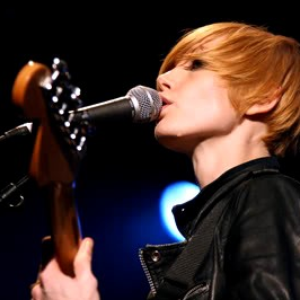 Lizzy McChesney, better known by the stage name Lissy Trullie, is an American singer and former model. She also performs with her band named Lissy Trullie, and released her debut EP, 'Self-Taught Learner', in February 2009. Trullie was born in Washington, D.C. and moved to New York City at the age of 16 with her mother. She attended Walnut Hill School, a boarding school in Natick, Massachusetts with a focus on performing arts, and then attended Parsons in Greenwich Village, New York City, where she studied graphic design. Read more on Last.fm