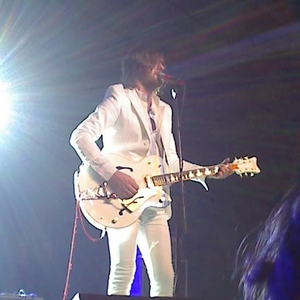 Matt Mays (born August 10, 1979, in Hamilton, Ontario, and raised in Nova Scotia) is a Canadian singer-songwriter and was the lead singer of Matt Mays & El Torpedo, a rock music group based in Cole Harbour, Nova Scotia and New York City. Previously, Mays was a member of a Canadian indie band The Guthries. After departing The Guthries to embark on a solo career, Mays released his self-titled debut which maintained the rootsy, laid-back feel of his earlier work but also had a decidedly more rock vibe. Read more on Last.fm