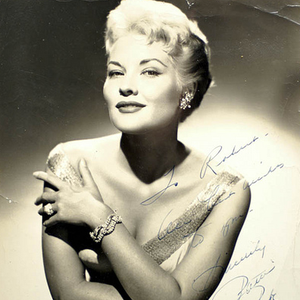 Patti Page (born Clara Ann Fowler on November 8, 1927 in Claremore, Oklahoma (some sources give Muskogee, Oklahoma), died January 1, 2013 Encinitas, California) is one of the best-known female singers in traditional pop music. She is the best-selling female artist of the 1950s and was among the first to cross over from country music to pop. Her recording career spans the years 1947 to 1981. Page continued to perform live up until her death at 85. She was billed as "The Singing Rage, Miss Patti Page". Read more on Last.fm