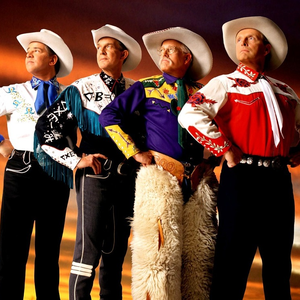 Riders in the Sky is an American Western music and comedy group which began performing in 1977. Their style also appeals to children, and they are sometimes considered a children's band. They have won two Grammy Awards and have written and performed music for major motion pictures, including "Woody's Roundup" from Toy Story 2 and Pixar's short film, For the Birds. Read more on Last.fm