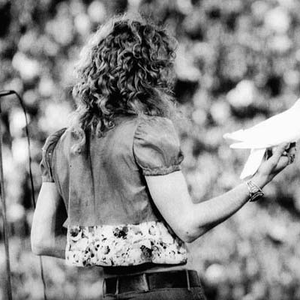 Robert Anthony Plant CBE (born 20 August 1948, West Bromwich, Staffordshire, England) is a British rock singer-songwriter famous for being the lead vocalist of one of the most influential bands of all time: Led Zeppelin. He is known for his powerful style and wide vocal range. After Led Zeppelin's breakup following the sudden death of drummer John Bonham in 1980, Plant pursued a successful solo career. Popular tracks from this period include "Big Log", "Tall Cool One", "In the Mood", and "I Believe". Read more on Last.fm