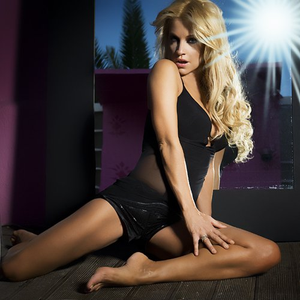 There are a few artists under the name Sabrina: 1.) Sabrina Salerno, born on 15 March 1968 in Genoa (Italy) is a popular Italian singer and also model, dancer and producer. She is also an actress who has appeared in a number of European TV series, movies and theatre. In 1989 she appeared in the film Fratelli d'Italia with Jerry Calà. She initially used the single-name credit Sabrina under which she had a few very popular hits in the late 1980s such as "Boys" and "Chico". For more recent recordings, she is now using her full name. Read more on Last.fm