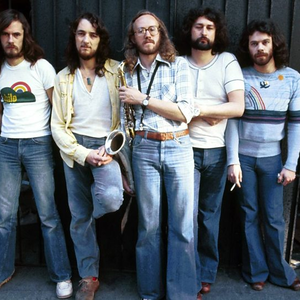 Supertramp are a British group playing a mix of progressive rock and pop rock that notably had a series of top-selling albums in the 70s, producing several hit singles. The band was formed in the United Kingdom in 1969. All the group's members were musicians capable of playing multiple types of instruments, including brass and woodwinds. Co-founder, composer and lead singer, Roger Hodgson left the band in 1983 to bring up his children. In 1988, Supertramp re-formed with some former members plus several new ones, and they continue to tour. Read more on Last.fm