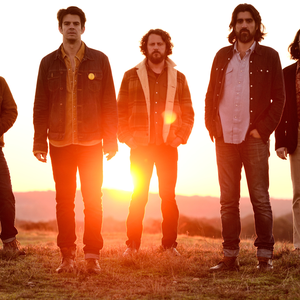 The Band of Heathens are an Americana band from Austin, Texas. The three principal songwriters - Colin Brooks, Ed Jurdi and Gordy Quist - shared the bill at Momo's, an Austin club. Originally, each singer/songwriter performed his own set. However, they eventually started sharing the stage, and collaborating together with bassist Seth Whitney. The Wednesday night series was billed as "The Good Time Supper Club". A misprint in a local paper billed the act as "The Heathens." In 2007, drummer John Chipman joined the band. Read more on Last.fm