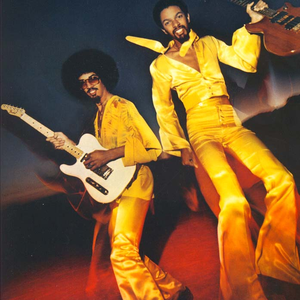 A top group of the funk & disco era, this guitar & bass playing duo featured two brothers, and in 1977 their single Strawberry Letter 23 ( written by Shuggie Otis) was a top hit on the Pop and R&B charts. In 1980 their single Stomp! was another huge hit, reaching #1, and appearing on the album "Light Up The Night" which itself rose to number 5 on the Billboard album charts, being mentioned as number 46 on the year end "Top 100 LPs of 1980" list in Rolling Stone Magazine. Read more on Last.fm