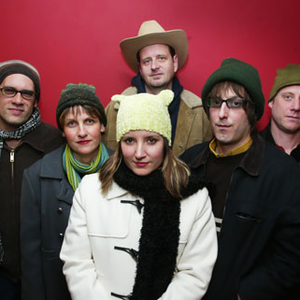 The Fire Marshals of Bethlehem were started in 2003 by two Austin singer-guitarist-songwriters: Kevin Carney (of the Wannabes) and John Croslin, who had led the '80s band The Reivers to indie glory. Their idea was to assemble a continually-revolving cast of players, all of whom would write songs, sing, make noise on various objects, and produce fantastic pop music with whatever lineup happened to be available at any given time. Read more on Last.fm