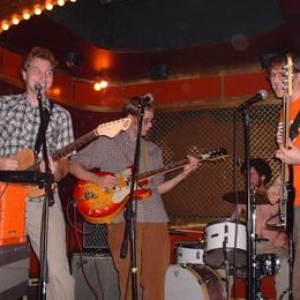 The Galactic Heroes was formed in 1999 in Charleston, South Carolina by Mike and Ricky. They play multiple instruments and have multiple recordings available on Magic Marker Records, some of which were self-recorded by the band. Additional touring members include Taylor and Scott. They have toured the U.S. and Japan with their upbeat indie-pop songs about love, life and the American Dream. Read more on Last.fm