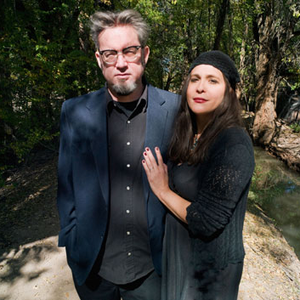 The Handsome Family is an alternative country and americana band, formed in Chicago, Illinois, and currently based in Albuquerque, New Mexico. The band was formed in 1993 by husband-and-wife duo Brett Sparks (vocals, guitar, keyboards) and Rennie Sparks (bass, banjo, vocals), along with drummer Mike Werner. The band would later revolve around Rennie, who writes the lyrics, and Brett, who writes the music. Guest musicians complete the band line-up for recordings and live work. Read more on Last.fm