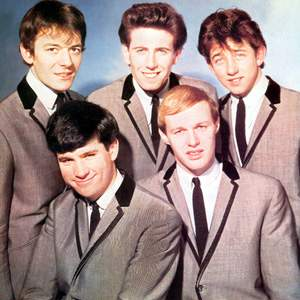 The Hollies are a well-respected British beat and rock and roll band that formed in the early 60s. Initially they had a squeaky-clean image and were famous for their rich vocal harmonies, rivaling those of The Beach Boys. Between 1964 and 1969, only two Hollies songs failed to reach the UK Top 10. Their most famous member was Graham Nash, who left in 1968 to form the folk supergroup Crosby, Stills & Nash. Two of the core members, drummer Bobby Elliott and lead guitarist Tony Hicks, still perform with The Hollies into the new millennium. Read more on Last.fm