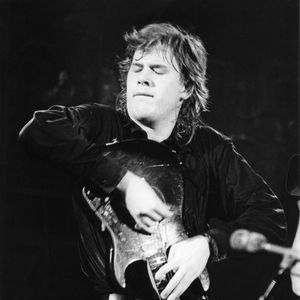 Jeff Healey (born Norman Jeffrey Healey on March 25, 1966 in Toronto, Canada, died March 2, 2008) was a blues-rock guitarist and vocalist that fronted The Jeff Healey Band in Toronto, ON in 1985. The original lineup consisted of Jeff Healey, Joe Rockman on bass, Tom Stephen on drums. Although blinded by eye cancer at the tender age of one, Jeff picked up his first guitar when he was three years-old and defied the odds and became a gifted and successful artist. Read more on Last.fm