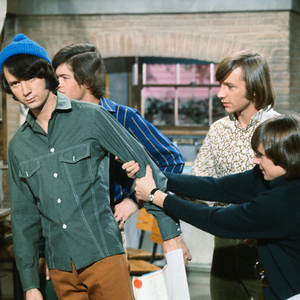 The Monkees assembled to be the stars of an American television series of the same name, which ran on NBC from 1966 to 1968. The original lineup was: Micky Dolenz (drums, vocals), Michael Nesmith (guitar, vocals), Davy Jones (percussion, vocals) and Peter Tork (bass, keyboards, vocals) . The Monkees were formed in 1965 in Los Angeles, California and initially disbanded in 1970 at the conclusion of their recording contract. At their peak they were competing with The Beatles for the top spot on album charts. Read more on Last.fm