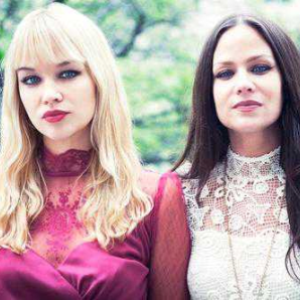 The Pierces, sisters Allison Pierce and Cat Pierce, are a pair of singer-songwriters based in New York City (by way of Birmingham, Alabama and Nashville). Former ballerinas turned songstresses, they released their self-titled debut in 2000 with Epic. The album was met with lukewarm reception, but the girls were undeterred. After moving to New York, they released Light Of The Moon with Universal in 2005, with similar luck. After leaving the label and their manager to make some serious changes Read more on Last.fm