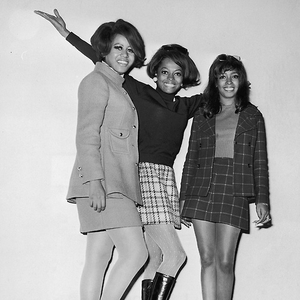 The Supremes were a very successful Motown all-female singing group active from 1959 until 1977, performing at various times doo-wop, pop, soul, Broadway showtunes, psychedelia, and disco. One of Motown's signature acts, The Supremes were the most successful African-American musical act of the 1960s, recording twelve #1 hits between 1964 and 1969, many of them written and produced by Motown's main songwriting and production team, Holland-Dozier-Holland. Read more on Last.fm